The Odisha Public Service Commission (OPSC) is the state agency authorized to conduct the Civil Services Examination for entry-level appointments to the various civil services of Odisha. 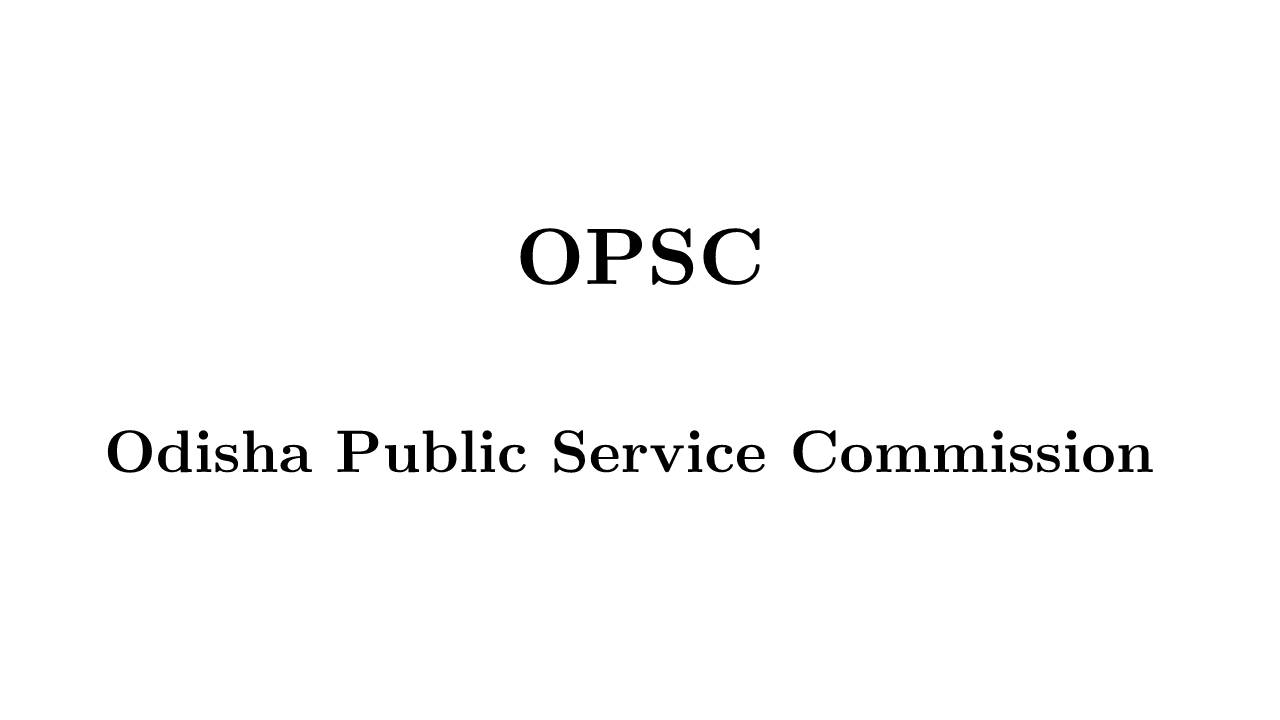 The recommendations of the Royal Commission on superior services in India, 1949 are referred to in short as the Lee Commission. They were added to the Constitution of India as Articles 315 to 323.

OPSC was constituted on 1 April 1949 after its bifurcation from the former Bihar and Odisha Joint Public Service Commission.

At the time of creation, the Odisha Public Service Commission had three members, including a chairman. The membership increased to five in 1979 and further increased to six in 1996.

The functions of the Commission are divided into the following four categories:

Advice on the framing of recruitment rules and amendments with regard to the recruitment and conditions of service of Group 'B' posts/services carrying scale of pay of Rs. 6500-200-10,500/- and above and Group 'A' posts/services.

Advice on matters relating to promotion of officers and fixation of inter-seniority, etc., with regard to officers of Group 'B' carrying a pay scale of Rs. 6500-200-10,500/- and above and all Group 'A' officers.

Recruitment of candidates to posts/services belonging to Group 'B' and above under the State Government.

OPSC was criticized for not conducting examinations on time due to various cases pending with State Administrative Tribunal (SAT) and Odisha High Court. The final result of Odisha Civil Service, 2011 was declared only in February, 2016.

It has been more than four years since the advertisement and nine months since the examination for Assistant Section Officer, but OPSC has been unable to decide the date of the result announcement.

Questions were raised by the candidates who contested for the post. They claim that if OPSC was not so hurried in the recruitment process, they could have advertised the vacancy in 2017 or later.