The Bahujan Samaj Party (BSP) is a national level political party in India that was formed to represent Bahujans (literally means "people in majority"), referring to Scheduled Castes, Scheduled Tribes, and Other Backward Castes (OBC), along with religious minorities.

According to Kanshi Ram, when he founded the party in 1984, the Bahujans comprised 85 percent of India's population, but were divided into 6,000 different castes.

The party claims to be inspired by the philosophy of Gautama Buddha, B. R. Ambedkar, Mahatma Jyotiba Phule, Narayana Guru, Periyar E. V. Ramasamy and Chhatrapati Shahuji Maharaj. Kanshi Ram named his protégée, Mayawati, as his successor in 2001. 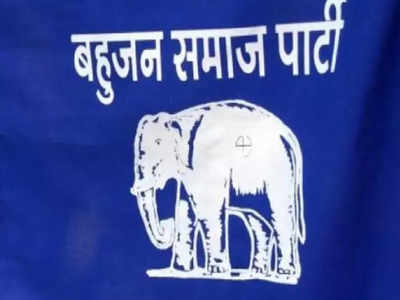 The BSP has its main base in the Indian state of Uttar Pradesh where it was the second-largest party in the 2019 Indian general election with 19.3% of votes and in the 2017 Uttar Pradesh elections with over 22% of votes. Its election symbol is an elephant.

The BSP has no separate youth wing; however, youth representation is over 50%.

BSP has no social media accounts or website. Sudhindra Bhadoria, a senior party leader, is the only official spokesperson of the BSP.

Ideology: Its self-proclaimed ideology is "Social Transformation and Economic Emancipation" of the "Bahujan Samaj".

The "Bahujan Samaj", to them, consists of the lower-caste groups in India like the Scheduled Castes (SC), the Scheduled Tribes (ST) and the Other Backward Classes (OBC).

They see these groups as victims of the "Manuwadi" system for millennia, a system which benefited upper-caste Hindus only. B. R. Ambedkar, a champion of lower-caste rights, is an important ideological inspiration.

The party claims not to be prejudiced against upper-caste Hindus. In 2008, while addressing the audience, Mayawati said: "Our policies and ideology are not against any particular caste or religion. If we were anti-upper caste, we would not have given tickets to candidates from upper castes to contest elections".

The party's power grew quickly with seats in the Legislative Assembly of Uttar Pradesh and the Lok Sabha, the lower house of the Parliament of India. In 1993, following the assembly elections, Mayawati formed a coalition with Samajwadi Party president Mulayam Singh Yadav as Chief Minister.

On 2 June 1995, she withdrew support from his government, which led to a major incident where Yadav was accused of sending his goons to keep her party legislators hostage at a Lucknow guest house and shout casteist abuses at her. Since this event, they have regarded each other publicly as chief rivals.

Mayawati then obtained support from the Bharatiya Janata Party (BJP) to become Chief Minister on 3 June 1995.

In October 1995, the BJP withdrew their support and fresh elections were called after a period of President's Rule.

In 2003, Mayawati resigned from her own government to prove that she was not "hungry for power" and asked the BJP-run Government of India to remove Union Tourism and Culture Minister, Jagmohan. In 2007, she began leading a BSP-formed government with an absolute majority for a full five-year term.