Homi Jehangir Bhabha was an Indian nuclear physicist, founding director, and professor of physics at the Tata Institute of Fundamental Research (TIFR).

Colloquially known as "father of the Indian nuclear programme", Bhabha was also the founding director of the Atomic Energy Establishment, Trombay (AEET) which is now named the Bhabha Atomic Research Centre in his honour. TIFR and AEET were the cornerstone of Indian development of nuclear weapons which Bhabha also supervised as director. 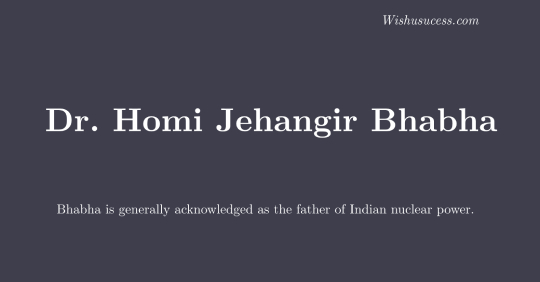 Books: Homi Bhabha as Artist: A Selection of His Paintings, Drawings, and Sketches

Homi Jehangir Bhabha was born into a prominent wealthy Parsi family, through which he was related to businessmen Dinshaw Maneckji Petit, and Dorabji Tata. He was born on 30 October 1909. His father was Jehangir Hormusji Bhabha, a well known Parsi lawyer and his mother was Meheren.

He received his early studies at Bombay's Cathedral and John Connon School and entered Elphinstone College at age 15 after passing his Senior Cambridge Examination with Honours.

He then attended the Royal Institute of Science in 1927 before joining Caius College of Cambridge University. This was due to the insistence of his father and his uncle Dorabji, who planned for Bhabha to obtain a degree in mechanical engineering from Cambridge and then return to India, where he would join the Tata Steel or Tata Steel Mills in Jamshedpur as a metallurgist. 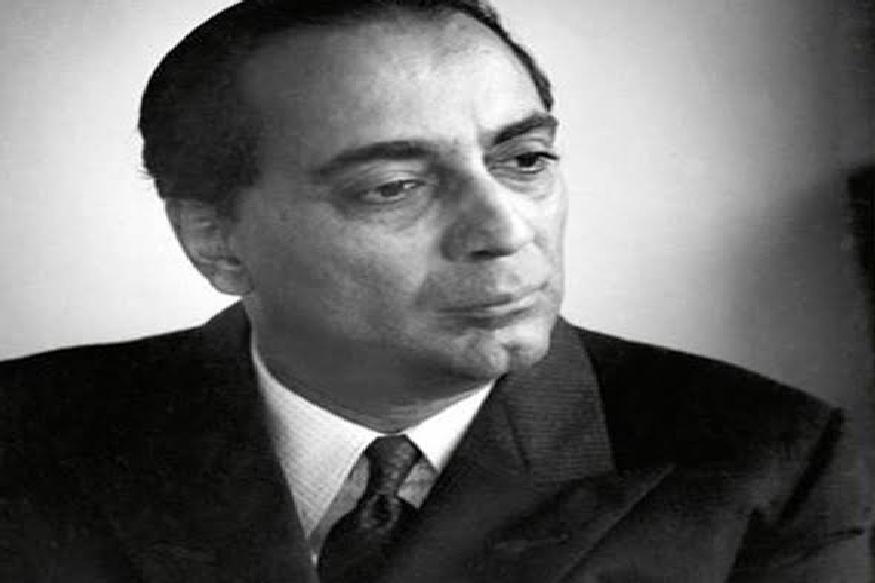 Starting his nuclear physics career in Britain, Bhabha had returned to India for his annual vacation before the start of World War II in September 1939.

War prompted him to remain in India and he accepted a post of reader in physics at the Indian Institute of Science in Bengaluru, headed by Nobel laureate C.V. Raman. During this time, Bhabha played a key role in convincing the Congress Party's senior leaders, most notably Jawaharlal Nehru who later served as India's first Prime Minister, to start the ambitious nuclear programme.

As part of this vision, Bhabha established the Cosmic Ray Research Unit at the Institute, began to work on the theory of point particles movement, while independently conducting research on nuclear weapons in 1944.

In 1945, he established the Tata Institute of Fundamental Research in Bombay, and the Atomic Energy Commission in 1948, serving as its first chairman.

In 1948, Nehru led the appointment of Bhabha as the director of the nuclear program and tasked Bhabha to develop the nuclear weapons soon after.

In the 1950s, Bhabha represented India in IAEA conferences, and served as President of the United Nations Conference on the Peaceful Uses of Atomic Energy in Geneva, Switzerland in 1955. During this time, he intensified his lobbying for the development of nuclear weapons. Soon after the Sino-Indo war, Bhabha aggressively and publicly began to call for the nuclear weapons.

Bhabha gained international prominence after deriving a correct expression for the probability of scattering positrons by electrons, a process now known as Bhabha scattering.

His major contribution included his work on Compton scattering, R-process, and furthermore the advancement of nuclear physics.

He was awarded Padma Bhushan by Government of India in 1954.

He later served as the member of the Indian Cabinet's Scientific Advisory Committee and provided the pivotal role to Vikram Sarabhai to set up the Indian National Committee for Space Research.

In January 1966, Bhabha died in a plane crash near Mont Blanc, while heading to Vienna, Austria to attend a meeting of the International Atomic Energy Agency's Scientific Advisory Committee.

Bhabha is generally acknowledged as the father of Indian nuclear power. Moreover, he is credited with formulating a strategy of focusing on extracting power from the country's vast thorium reserves rather than its meager uranium reserves.

This thorium focused strategy was in marked contrast to all other countries in the world. The approach proposed by Bhabha to achieve this strategic objective became India's three stage nuclear power programme.

Homi J. Bhabha was killed when Air India Flight 101 crashed near Mont Blanc on 24 January 1966. Misunderstanding between Geneva Airport and the pilot about the aircraft position near the mountain is the official reason of the crash.