Janata Dal (United) is a centre-left Indian political party with political presence mainly in eastern and north-eastern India. JD(U) is recognized as a state party in the states of Bihar and Arunachal Pradesh and is a part of government in Bihar. JD(U) heads the government in Bihar and is the second largest party in Arunanchal Pradesh. JD(U) won 16 seats in the 2019 Indian general election, making it the seventh largest party in the Lok Sabha. The party operates on the ideologies of socialism, secularism and integral humanism.

The Janata Dal (United) was formed with the merger of the Sharad Yadav faction of the Janata Dal, the Lokshakti Party and the Samta Party on 30 October 2003. Janata Dal (United)'s party mentor and patron is the veteran socialist leader George Fernandes. JD(U) has been a part of the BJP-led National Democratic Alliance (NDA) since its formation except from June 2013 to August 2017. 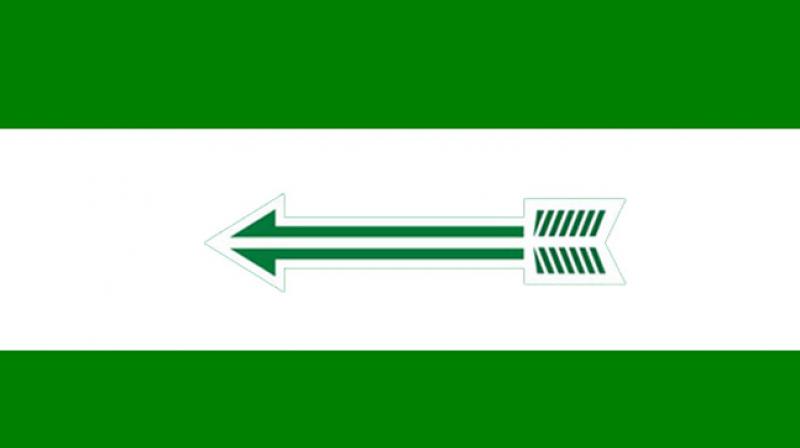 JD(U) broke its 17 years old alliance with the BJP in Bihar in protest against the elevation of Narendra Modi as ahead of the election campaign committee of BJP for 2014 Indian general election. JD(U) President Sharad Yadav and then Bihar Chief Minister Nitish Kumar announced their end of coalition at a press conference on 16 June 2013, exactly a week after Narendra Modi was made the BJP's campaign committee chairman, who was later made the prime ministerial candidate of NDA. Just after this split, Sharad Yadav relinquished his position as the NDA convenor.

The JD(U) contested the election in Bihar in an alliance with the Communist Party of India but they won only two seats out of total forty seats of Bihar while the BJP-LJP alliance won 31 seats. Following poor performance in election, Nitish Kumar resigned as Chief Minister of Bihar and Jitan Ram Manjhi sworn in as a new Chief Minister. When the trust vote was demanded by the BJP to prove majority in Bihar Legislative Assembly, the RJD supported the JD(U) in the assembly on 23 May 2014 to pass the majority mark.

On 29 December 2014, Kerala-based Socialist Janata (Democratic) merged with the JD(U) with its leader M.P. Veerendra Kumar accepting the party flag from JD(U) leader Nitish Kumar. This was an important milestone in bringing a pan-Indian appeal to the JD(U) which is largely limited to the state of Bihar.

On 14 April 2015, the JD(U), Janata Dal (Secular), Rashtriya Janata Dal, the Indian National Lok Dal, Samajwadi Party, and Samajwadi Janata Party announced that they would merge into a new national Janata Parivar alliance in order to oppose the BJP, thus leaving the UPA but this could not happen for some reasons and then the Samajwadi party was offered 3 seats out of 243 assembly seats in Bihar elections which caused it to leave the alliance and fight separately. On 9 May, MLA Jitan Ram Manjhi was expelled from the JD(U) and founded the Hindustani Awam Morcha along with 17 other dissent JD(U) MLAs.

In the 2015 Bihar Legislative Assembly election JD(U) contested the election in an alliance with the RJD and Congress. It won 71 seats out of the 101 seats it contested and the alliance won 178 seats out the 243 seats in the assembly. Subsequently, Nitish Kumar again became the Chief Minister of Bihar.

In the biennial elections to the Rajya Sabha held in March 2016, the ruling UDF of Kerala state gave one seat to JD(U) Kerala State Unit President M.P. Veerendra Kumar. In spite of having just 2 MLAs in the Legislative Assembly, the Congress gave a berth to its ally.

On 26 July 2017 5 pm, Nitish Kumar tendered his resignation as Chief Minister of Bihar, ending 20-month-old Mahgathbandhan (grand alliance) rule. The next day on 27 July 2017 10 am he again took oath as Chief Minister of Bihar with the support of BJP. Same day evening, Kerala JD(U) chief M.P. Veerendra Kumar announced the split of Kerala unit of the JD(U) from the party, due to Nitish Kumar led Bihar unit joined hands with the BJP. On 28 July 2017, new NDA government won trust vote in Bihar assembly by 131 votes in favour and 108 against, four legislators did not vote.