The Manipur Public Service Commission is the Constitutional body constituted for recommending candidates for recruitment to various posts of the Government of Manipur (Gazetted posts). 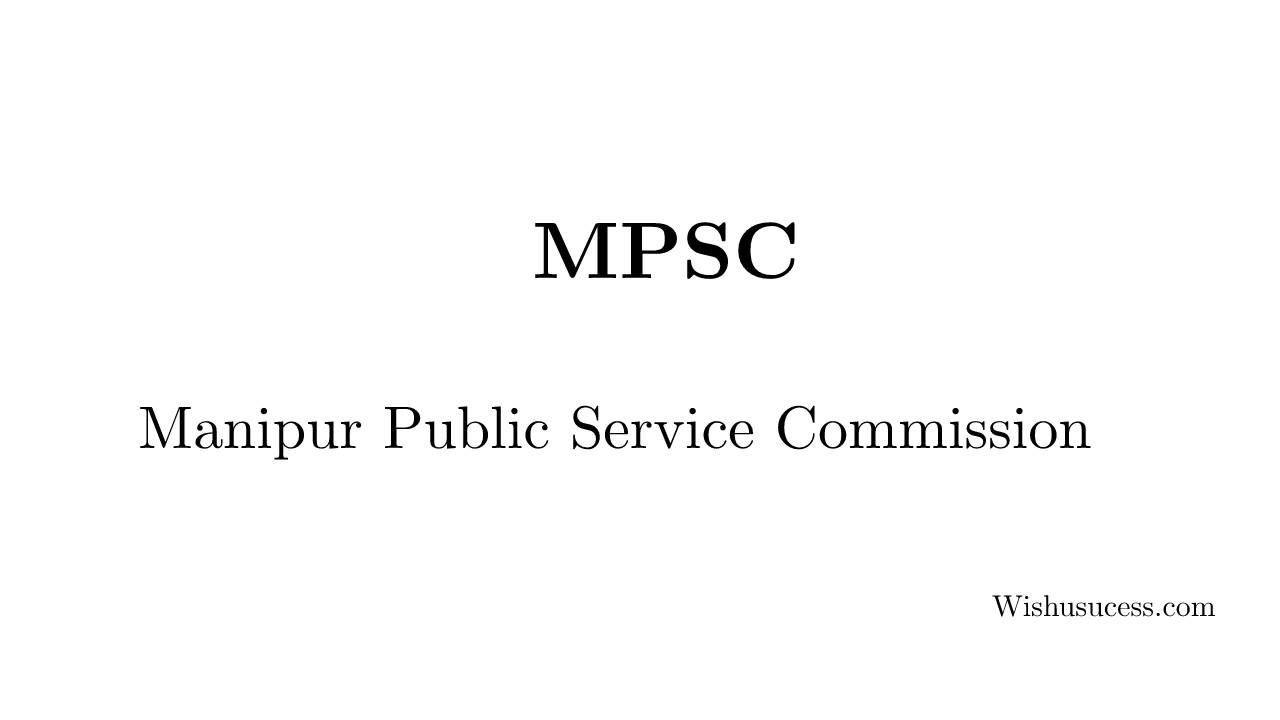 It also tender advice to the Government Departments on service matters including disciplinary cases.

The Manipur Public Service Commission is constituted in pursuance of Article 315 of the Constitution of India and it has been functioning at Imphal since 1972. The Commission consists of a chairman and two members.

The Maharaja: During the British regime, the Maharja used to appoint the functionaries of the state.

The Rules of Management of the State of Manipur, enforced on 14 September 1935, empowered the Maharaja to appoint the members of the Durbar, while a British officer acted as the president of the Durbar.

After independence, for a brief period, the Manipur State Constituent Act 1947 provided for the formation of a Manipur State Appointment Board to be the "final authority" in all matters of appointments and promotions.

The Chief Commissioner: Following merger into the Indian Union on 15 October 1949, Manipur became a centrally administered area, and remained so till 31 October 1956. During this period, the Chief Commissioner appointed the functionaries of Manipur, subject to the control of the Central Government.

On 3 October 1972 the Governor of Manipur issued the order of constitution of the Manipur Public Service Commission under Article 318 with one Chairman and two Members. Shri B.K. Nehru, Governor of Manipur inaugurated the office of the Manipur Public Service Commission at a glittering function on 23 October 1972 at the Gandhi Memorial Hall, Imphal. Chief Minister, Shri Alimuddin presided over the function.

The Commission was housed in the Old Secretariat Building Complex for almost nine years; it was later shifted to the present location in January, 1981. Over the years, Manipur Public Service Commission have grown in stature with a senior IAS officer as the Secretary and an adequate number of officers and ancillary staff.

Government on The Following Issues.