Nita Mukesh Ambani (born 1 November 1963) is an Indian philanthropist. She is the chairperson and founder of the Reliance Foundation, Dhirubhai Ambani International School and a non-executive director of Reliance Industries. She is married to Reliance Industries chairman and managing director Mukesh Ambani. With a family fortune estimated in excess of $50 billion, the Ambanis are among the richest in India. She is also an art collector and owner of the Indian Premier League cricket team Mumbai Indians.

She was listed in 2016 in 'the fifty high and mighty Indians' list by India Today. and in 'the most influential women business leaders in Asia' list by Forbes. She was the first Indian woman to become a member of the International Olympic Committee (IOC). 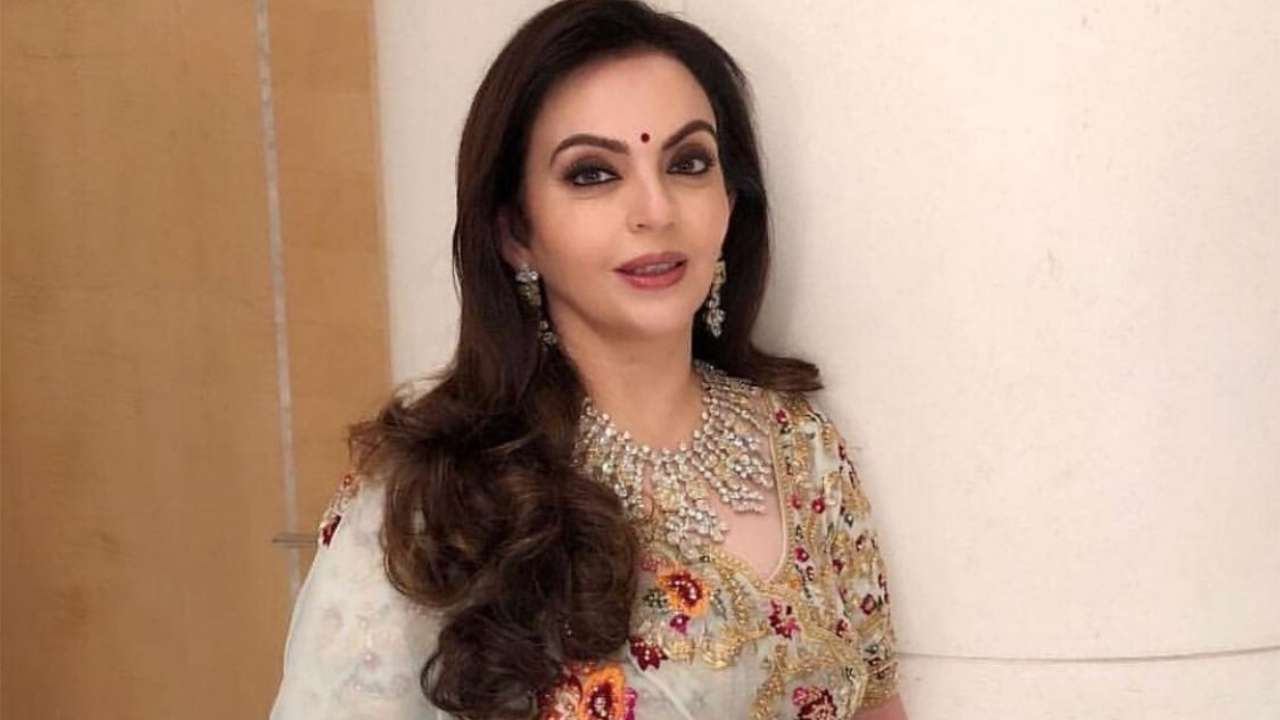 Nita Ambani (née Dalal) was born on 1 November 1963 in a middle-class Gujarati family in Mumbai to Ravindrabhai Dalal and Purnima Dalal. She completed her bachelor's degree in Commerce from Narsee Monjee College of Commerce and Economics, and took up Bharatnatyam from an early age and grew to become a professional Bharatnatyam dancer.

In 1997, Ambani was involved in the project of building a company township for the employees of Reliance’s refinery at Jamnagar. The project involved establishing a tree-lined and environmentally-friendly colony to house more than 17,000 residents. Today, the Jamnagar complex has one of the largest orchards with nearly 100,000 mango trees that is also home to a variety of birds.

Reliance Foundation is an Indian philanthropic initiative founded in 2010 by Nita Ambani. Reliance Industries is a patron of the organization.

Ambani is the co-owner of Indian Premier League (IPL) team, Mumbai Indians which won the title in 2013, 2015, 2017 and 2019. She led the ‘Education and sports for All’ (ESA) initiative as part of Mumbai Indians' way of giving back to society. ESA has reached over 100,000 underprivileged children and created awareness for education using various media and digital platforms.

Ambani is the founder of the Dhirubhai Ambani International School which has been ranked among the best schools in India.

On 4 June 2016, Ambani was among eight candidates nominated for membership in the International Olympic Committee (IOC) by the Swiss-based panel. The election of these new members was held during the 129th IOC Session in the first week of August 2016. Ambani was elected as a member of the IOC on 4 August 2016, its first Indian woman member.

Nita is the daughter of Ravindrabhai Dalal and Purnima Dalal. She has a sister, Mamta Dalal, who works as a school teacher. Ambani grew up in a middle-class environment in suburban Mumbai. She is a trained Bharatnatyam dancer. She met Mukesh Ambani when she was a school teacher and married him in 1985. After marriage, she worked as a teacher for a few years.

For her initiatives on grassroot sports, Ambani received the 'Rashtriya Khel Protsahan Award 2017' from the President of India.

She is the recipient of the award for Best Corporate Supporter of Indian Sports, given by the Times of India.