Forbes has released a new list of richest Indians by net worth. Here we have prepared that list according to Forbes for list of richest Indians by net worth based on an annual assessment of wealth and assets compiled and published by Forbes magazine in 2019. In the same year India had 106 billionaires which put the country fourth in the world, after the United States, China and Germany. Some persons of Indian ancestry who have a foreign citizenship are not included like the Hinduja family or Pallonji Mistry. 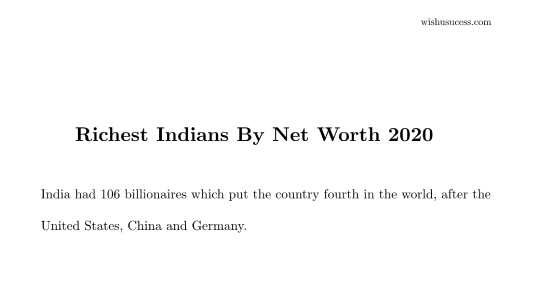 Richest Indians By Net Worth 2020