It was founded in 2002 by Elon Musk with the goal of reducing space transportation costs to enable the colonization of Mars. SpaceX has developed several launch vehicles and the Dragon spacecraft.

Major achievements of SpaceX are in the reuse of orbital-class launch vehicles and cost reduction in the space launch industry. Most notable of these being the continued landings and relaunches of the first stage of Falcon 9. As of March 2020, SpaceX has used a single first-stage booster, B1048, at most five times. SpaceX is defined as a private space company and thus its achievements can also be counted as firsts by a private company. 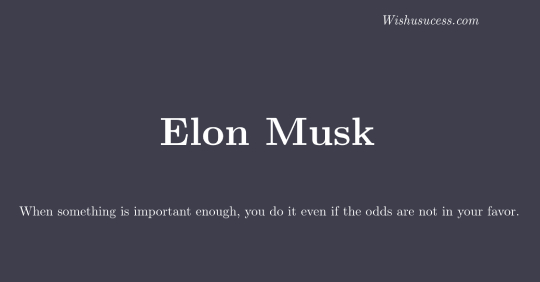 SpaceX's reusable launcher program was publicly announced in 2011 and the design phase was completed in February 2012. The system returns the first stage of a Falcon 9 rocket to a predetermined landing site using only its own propulsion systems.

High-velocity, high-altitude aspects of the booster atmospheric return technology began testing in late 2013 and have continued through 2018, with a 98% success rate to date. As a result of Elon Musk's goal of crafting more cost-effective launch vehicles, SpaceX conceived a method to reuse the first stage of their primary rocket, the Falcon 9, by attempting propulsive vertical landings on solid surfaces.

Once the company determined that soft landings were feasible by touching down over the Atlantic and Pacific Ocean, they began landing attempts on a solid platform. SpaceX leased and modified several barges to sit out at sea as a target for the returning first stage, converting them to autonomous spaceport drone ships (ASDS). SpaceX first achieved a successful landing and recovery of a first stage in December 2015, and in April 2016, the first stage booster first successfully landed on the ASDS Of Course I Still Love You.

SpaceX continues to carry out first stage landings on every orbital launch that fuel margins allow. By October 2016, following the successful landings, SpaceX indicated they were offering their customers a ten percent price discount if they choose to fly their payload on a reused Falcon 9 first stage. On March 30, 2017, SpaceX launched a "flight-proven" Falcon 9 for the SES-10 mission. This was the first time a re-launch of a payload-carrying orbital rocket went back to space. The first stage was recovered and landed on the ASDS Of Course I Still Love You in the Atlantic Ocean, also making it the first landing of a reused orbital class rocket. Elon Musk called the achievement an "incredible milestone in the history of space."

Starship: SpaceX is developing a super-heavy lift launch system, Starship. Starship is a fully reusable second stage and space vehicle intended to replace all of the company's existing launch vehicle hardware by the early 2020s; plus ground infrastructure for rapid launch and relaunch and zero-gravity propellant transfer technology in low Earth orbit (LEO).

SpaceX initially envisioned a 12-meter-diameter ITS concept in 2016 which was solely aimed at Mars transit and other interplanetary uses. In 2017, SpaceX articulated a smaller 9-meter-diameter BFR to replace all of SpaceX launch service provider capabilities—Earth-orbit, lunar-orbit, interplanetary missions, and potentially, even intercontinental passenger transport on Earth—but do so on a fully reusable set of vehicles with a markedly lower cost structure. A large portion of the components on Starship are made of 301 stainless steel. Private passenger Yusaku Maezawa has contracted to fly around the Moon in Starship in 2023.

Musk's long-term vision for the company is the development of technology and resources suitable for human colonization on Mars. He has expressed his interest in someday traveling to the planet, stating "I'd like to die on Mars, just not on impact." A rocket every two years or so could provide a base for the people arriving in 2025 after a launch in 2024. According to Steve Jurvetson, Musk believes that by 2035 at the latest, there will be thousands of rockets flying a million people to Mars, in order to enable a self-sustaining human colony.

In January 2015, SpaceX CEO Elon Musk announced the development of a new satellite constellation, called Starlink, to provide global broadband internet service. In June 2015, the company asked the federal government for permission to begin testing for a project that aims to build a constellation of 4,425 satellites capable of beaming the Internet to the entire globe, including remote regions which currently do not have Internet access.

The Internet service would use a constellation of 4,425 cross-linked communications satellites in 1,100 km orbits. Owned and operated by SpaceX, the goal of the business is to increase profitability and cashflow, to allow SpaceX to build its Mars colony.

Development began in 2015, initial prototype test-flight satellites were launched on the SpaceX PAZ mission in 2017. Initial operation of the constellation could begin as early as 2020.

As of March 2017, SpaceX filed with the US regulatory authorities plans to field a constellation of an additional 7,518 "V-band satellites in non-geosynchronous orbits to provide communications services" in an electromagnetic spectrum that had not previously been "heavily employed for commercial communications services". Called the "V-band low-Earth-orbit (VLEO) constellation", it would consist of "7,518 satellites to follow the [earlier] proposed 4,425 satellites that would function in Ka- and Ku-band". In February 2019, SpaceX formed a sibling company, SpaceX Services, Inc., to license the manufacture and deployment of up to 1,000,000 fixed satellite earth stations that will communicate with its Starlink system. In May 2019, SpaceX launched the first batch of 60 satellites aboard a Falcon 9 from Cape Canaveral, FL.

In June 2015, SpaceX announced that they would sponsor a Hyperloop competition, and would build a 1-mile-long (1.6 km) subscale test track near SpaceX's headquarters for the competitive events. The first competitive event was held at the track in January 2017, the second in August 2017 and the third in December 2018.