MS Dhoni Quotes and His Career 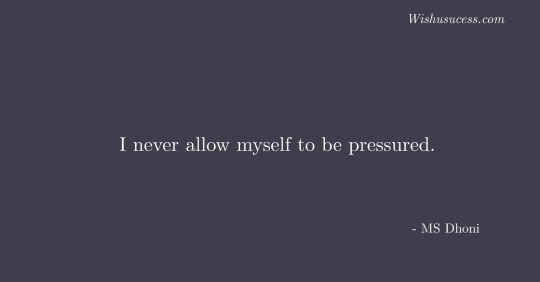 We all know about Mahendra Singh Dhoni, He is the world’s most famous and most popular indian cricketers, Mahendra Singh Dhoni owes a respectable place. He is considered as the best cricketer in India. He is also among the best wicketkeepers in the world cricket. He made his debut in December 2004 and this debut was against the team of Bangladesh.

Mahendra Singh Dhoni was Born on July 07, 1981, in Jharkhand, India, MS Dhoni started taking his interest in Cricket and other sports from a very early age. Mahendra Singh Dhoni always struggled with his studies. He completed his education at DAV Jawahar Vidya Mandir, Jharkhand. In this institute, he was not only a great cricketer but also excelled in badminton and football. Dhoni was such a great player that he was selected in teams of all of these sports at a district level. 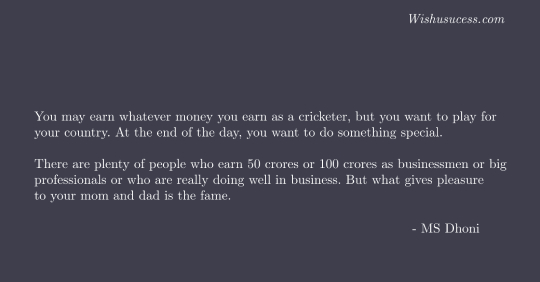 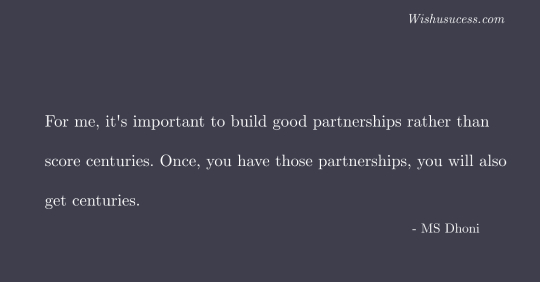 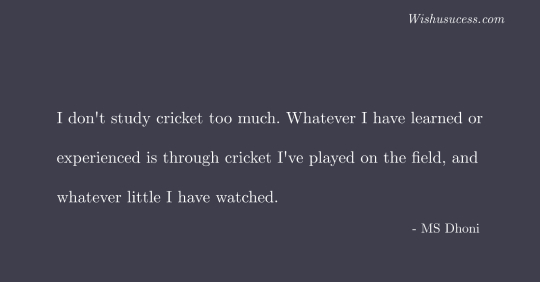 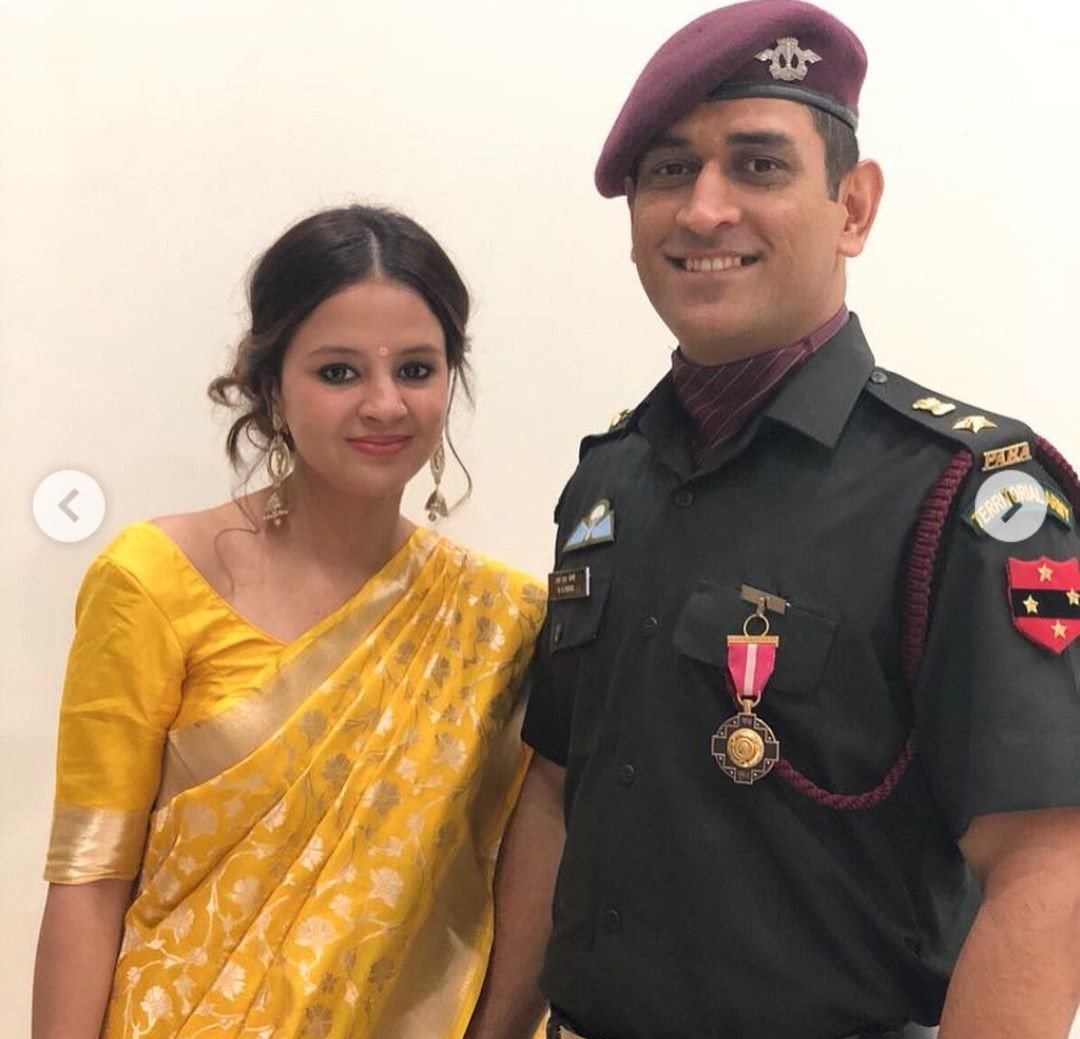 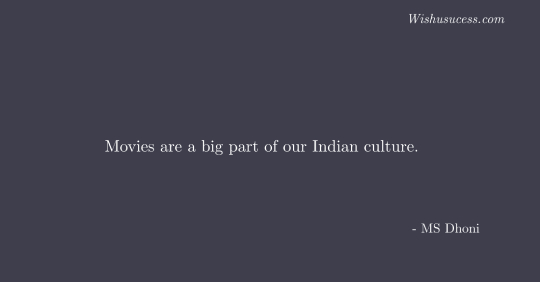 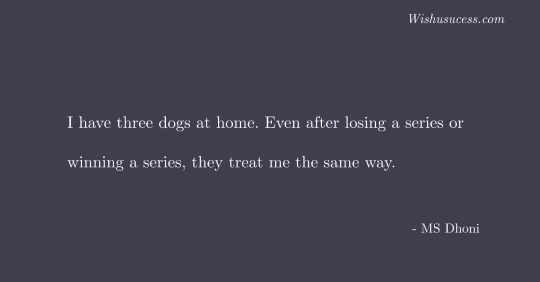 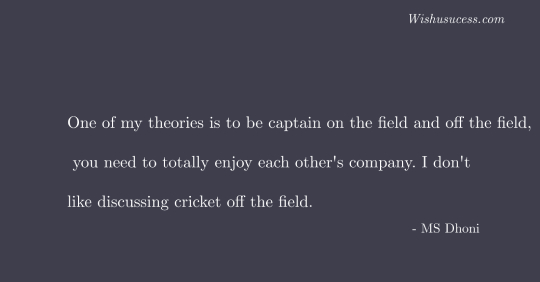 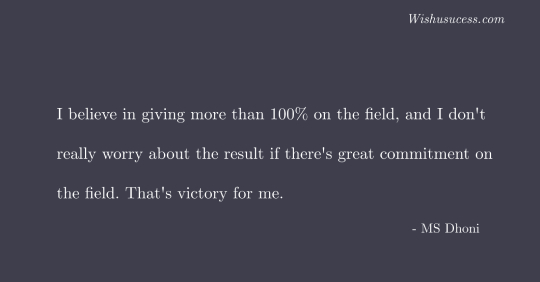 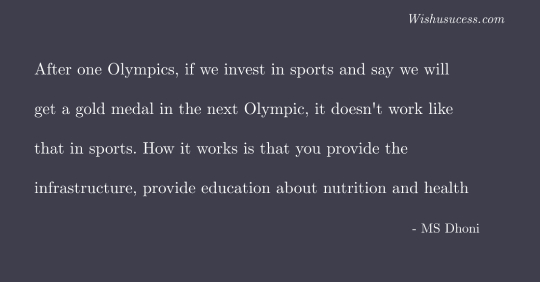 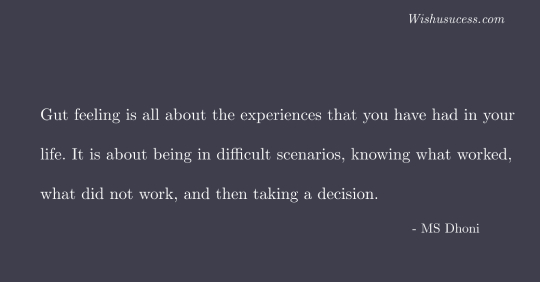 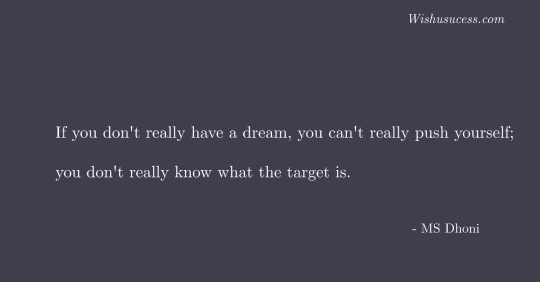 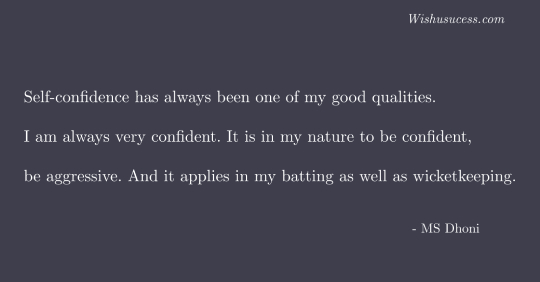 Winning the World Cup was very special because it meant so much to so many. One thing about our country that is constant is cricket. The smile it brought to people's faces was the thing I shall always remember. It reminded me, reminded all of us, of our importance to the lives of the Indian people less lucky than we are.

Frankly, I never thought that I would represent my country one day. 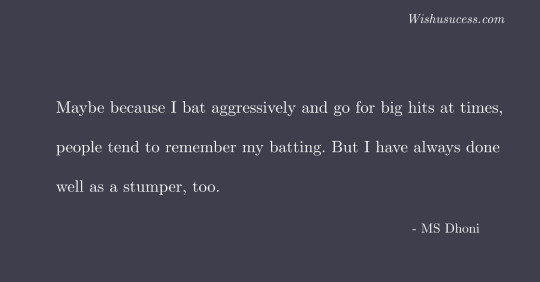 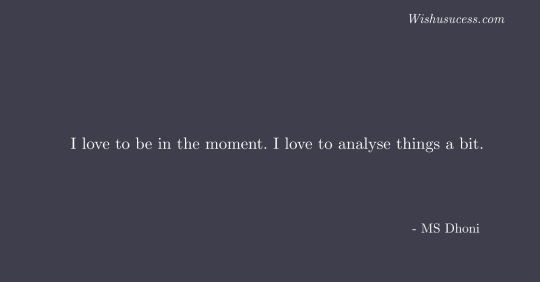 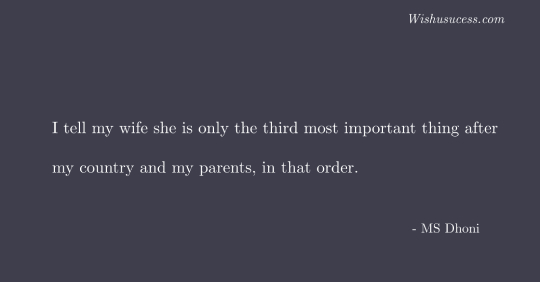 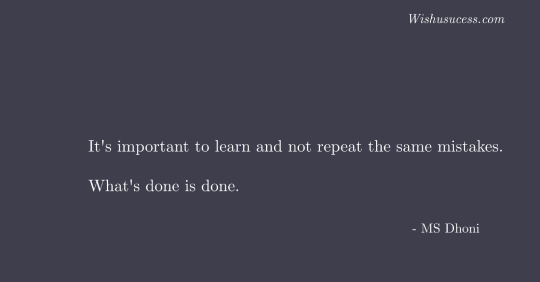 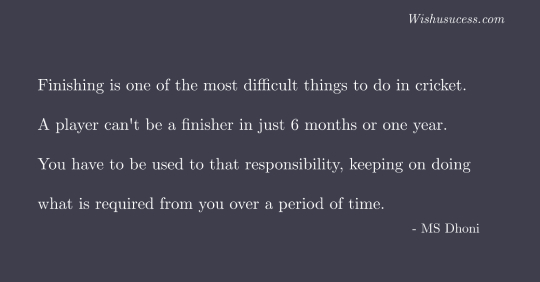 You need to perform consistently, and if you're raising the standard, you have to stand by it. You have to keep on doing well.

Cricket is not everything, not by any means, but it is a large part of who I am.

Please criticize me, but how can you accuse me of something like fixing a cricket game after all that the game has given me.

In front of 40,000 people, you don't really want to drop a catch or misfiled. It's part and parcel of the game.

As a skipper, when you try to manipulate the field, you need to see the strengths of the fast bowlers.

I don't believe in calling someone and having a big chat, because that puts a lot of added pressure on them. If somebody is doing something or involved in fielding practice, then a little chit-chat at that time helps because it's informal and doesn't add any pressure.

Mahendra Singh Dhoni is among the best cricketers in the world. He is also the most expensive player in IPL. He achieved many awards for his excellent cricketing skills.

M.S. Dhoni has numerous friends as well as fans, India won many matches due to M.S. Dhoni.

Virat Kohli Quotes That will inspire you

Sachin Tendulkar Quotes Thant will Give the Insight