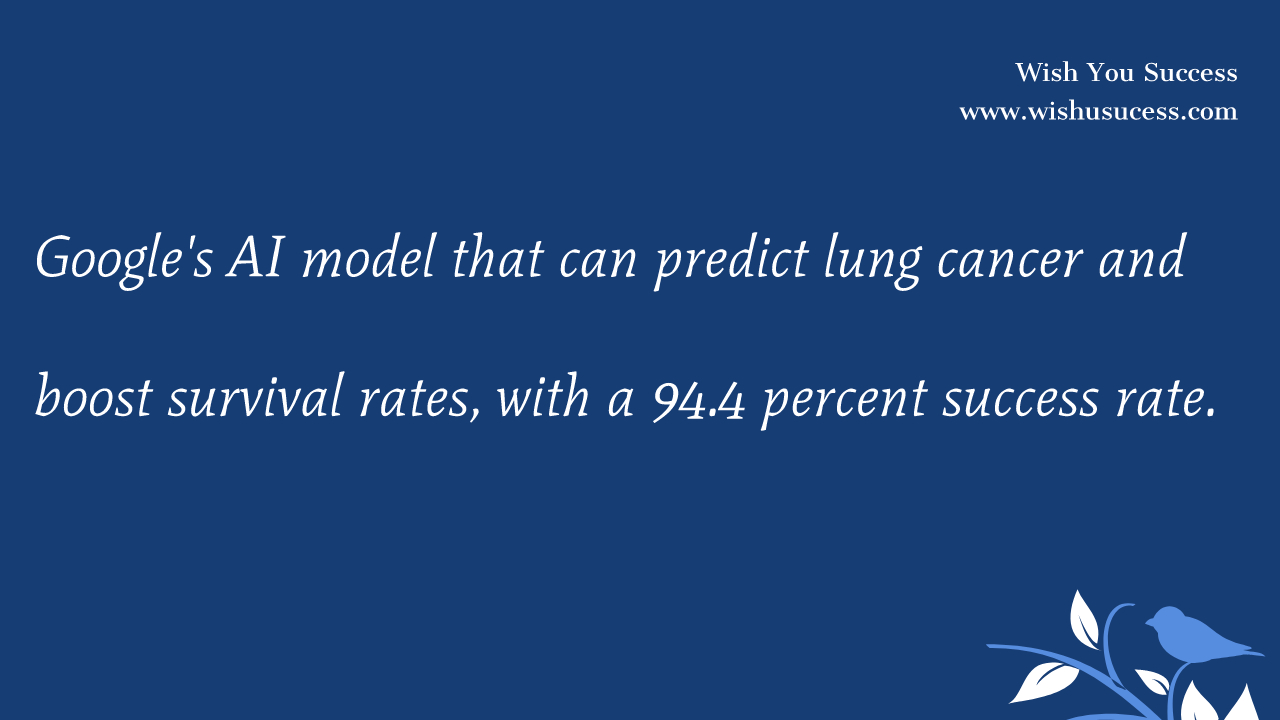 Google's new research, initiated in 2017, involves an AI model that can predict lung cancer and boost survival rates, with a 94.4 percent success rate.

The study used advances in 3D volumetric modelling alongside datasets from its partners. The AI-powered model uses a current CT scan and if possible, a previous CT scan, as input for each patient. Based on this, the model provides an overall malignancy prediction, which can help in increasing the survival rate because medical treatment can be more successful when the cancer is caught early.

We created a model that can not only generate the overall lung cancer malignancy prediction (viewed in 3D volume) but also identify subtle malignant tissue in the lungs (lung nodules). The model can also factor in information from previous scans, useful in predicting lung cancer risk because the growth rate of suspicious lung nodules can be indicative of malignancy.”

In contrast, the process followed by radiologists is a little tedious. They look through hundreds of 2D images of a single CT scan where cancer is minuscule and can be easily missed. Google claimed its AI model has worked better than six radiologists, detecting five percent more cases.

Despite the progress made in lung cancer prediction so far, Google confirmed that further studies will be carried out to assess the impact and utility in clinical practice. At present, the company is in early conversations with partners around the world to continue further clinical validation research and deployment.

According to the World Health Organisation (WHO), lung cancer results in over 1.7 million deaths per year, more than breast, prostate, and colorectal cancers combined, making it the sixth most common cause of death globally.