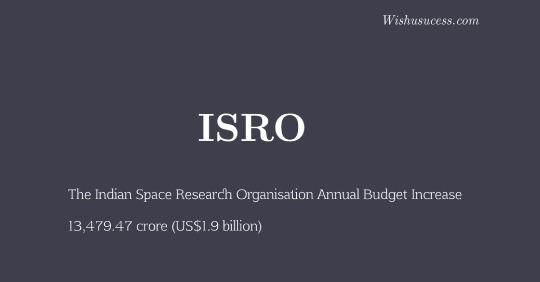 The Indian Space Research Organisation (ISRO) ( भारतीय अंतरिक्ष अनुसंधान संगठन, इसरो) is the space agency of the Government of India and has its headquarters in the city of Bengaluru.

The Indian National Committee for Space Research (INCOSPAR) was established by Jawaharlal Nehru under the Department of Atomic Energy (DAE) in 1962, with the urging of scientist Vikram Sarabhai recognizing the need in space research.

INCOSPAR grew and became ISRO in 1969, also under the DAE. In 1972, the Government of India had set up a Space Commission and the Department of Space (DOS), bringing ISRO under the DOS. The establishment of ISRO thus institutionalized space research activities in India.

It is managed by the DOS, which reports to the Prime Minister of India.

Goals and Objectives of ISRO:

ISRO is managed by the Department of Space (DoS) of the Government of India. DoS itself falls under the authority of the Space Commission and manages the following agencies and institutes:

In 2009, the Indian Space Research Organisation proposed a budget of ₹12,400 crore (US$1.7 billion) for its human spaceflight programme.

According to the Space Commission, which recommended the budget, an unscrewed flight will be launched after seven years from the final approval and a crewed mission will be launched after seven years of funding. If realized in the stated time-frame, India will become the fourth nation, after the USSR, USA and China, to successfully carry out crewed missions indigenously.

Prime Minister of India Narendra Modi announced in his Independence Day address of 15 August 2018 that India will send astronauts into space by 2022 on the new Gaganyaan spacecraft.

After the announcement, ISRO chairman, Sivan, said ISRO has developed most of the technologies needed such as crew module and crew escape system, and that the project would cost less than Rs. 100 billion and would include sending at least 3 Indians to space, 300–400 km above in a spacecraft for at least seven days using a GSLV Mk-III launch vehicle. The chance of a female being a member of the first crew is "very high" according to the scientific secretary to the Indian chairman, R. Umamaheswaran.

ISRO satellites that were launched by foreign agencies, are listed in the table below.