Most disliked YouTube videos does not indicate that the videos unpopularity.

This list of Most Disliked YouTube Videos contains the top 50 videos with the most dislikes of all time, as derived from YouTube charts. YouTube implemented a like and dislike button on video pages in 2010 as part of a major site redesign. This feature serves as a replacement for the previous five-star rating system, which was found to be ineffective because of the rare selection of ratings from two to four stars. Of the 50 videos in this list, 6 also appear in the list of most-viewed YouTube videos and 4 appear in the list of most-liked YouTube videos. 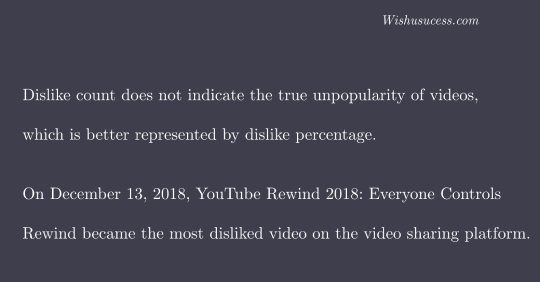 Note: Background Color is Not a Music Videos