The Tamil Nadu Public Service Commission (TNPSC) is a department of the government of Tamil Nadu that is responsible for governing the recruitment of personnel into the state's public service.

It adopted its current name in 1970. TNPSC operates under Articles 315 to 323 of Part XIV of the Constitution of India. 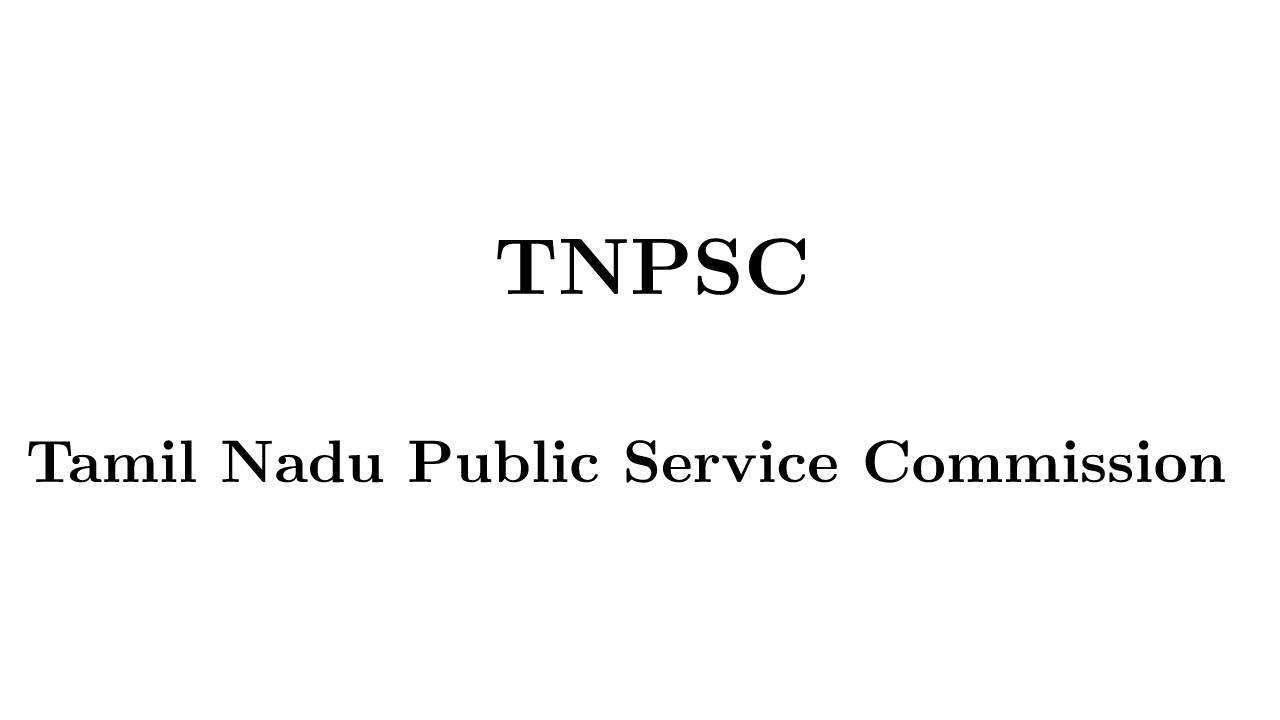 In 1923, the Indian Government established a Public Service Commission to examine the salary structure of the Indian Civil Service and the possibility of transferring some of the duties to provincial services.

The commission was composed of five Englishmen and four Indians, with Viscount Lee of Fareham serving as chairman. The commission also addressed the rate of Indianisation of the Indian Civil Service and the Indian Police.

It determined a rate which in 15 years would make the Indian Civil Service with a 50% Indian membership and the same in 25 years for the Indian Police.

It was left largely to the discretion of provincial governments to recruit and exercise control over their services, as deemed proper. As a result of the discretionary powers left to provincial Government, the Government of Madras and Punjab proposed to set up their own public service commissions.

Madras Presidency was the first province in India to establish their own service commission when the Madras Service Commission was established under an Act of the Madras Legislature in 1929.

The Madras Service Commission started with three members, including the Chairman. After re-organisation of the states in 1957, several state level commissions were constituted.

The Commission consists of 15 Members including 1 Chairman.

Departments of TNPSC are headed by a Joint Secretary, Deputy Secretaries and Under Secretaries consisting of sections headed by Section Officers and other subordinate staff.

In a Government Order dated 9 August 2011, the Tamil Nadu government brought the Chairman and members of the TNPSC under the purview of the State Vigilance Commission and Directorate of Vigilance and Anti-Corruption.

The Tamil Nadu Public Service Commission discharges the duties and functions specified in Article 320 of the Constitution of India. The commission is required to advise the Government on all matters relating to framing of recruitment rules, principles to be followed in making appointments and promotions and transfers from one service to another service, in respect of disciplinary matters affecting government servants and to conduct examinations for selection of candidates under direct recruitment to the State, Subordinate and Ministerial Services.

The commission conducts departmental examinations for government servants and conducts the examination on behalf of the national Ministry of Defence for admission to the school run by the Rashtriya Indian Military College, Dehra Dun.

The Secretary to the commission holds the responsibility of ensuring implementation of its decisions, besides handling day-to-day administration, departmental promotion committees, oral tests for recruitment, etc.

To ensure transparency in service/unit allocation, the Commission introduced a Counseling Mode in February 2012.

Transgender S. Swapna and gender activist Gopi Shankar Madurai staged a protest in Madurai collectorate on 7 October 2013 demanding reservation and to permit alternate genders to appear for examinations conducted by TNPSC, UPSC, SSC and Bank exams. Swapna, had previously successfully moved the Madras High Court in 2013 when seeking permission to write the TNPSC Group II exam as a woman. Swapna is the first trans person to clear the TNPSC Group IV exams.

Tamil Nadu Public Service Commission has introduced a series of reforms to ensure free and fair recruitment process with the highest level of transparency in each stage of selection.

Chief Minister Edappadi K. Palaniswami has made the announcements during zero hour in the Assembly on June 1,2018.

The upper age limit for those who appear for the examinations being conducted by the Tamil Nadu Public Service Commission for the services falling under Group I, IA and IB would be raised.